"Moscow's not Paris, or Accra," African Students in the USSR 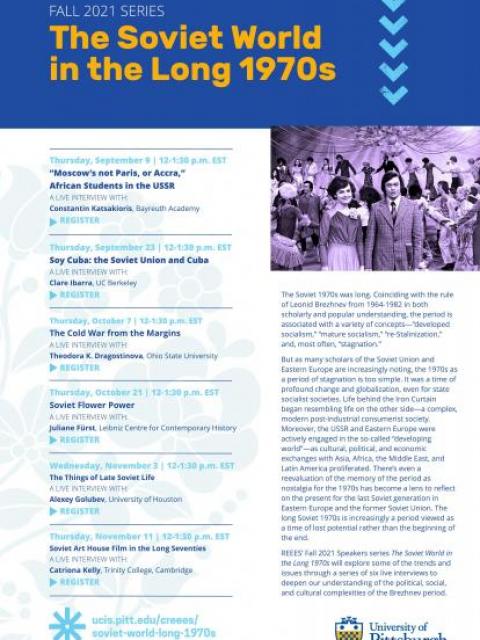 Beginning in the early 1960s, the Soviet Union opened its doors to Third World students to study in its universities. The Soviets even established a special university for foreign exchange students, the People’s Friendship University. Tens of thousands came over the next two decades, an ample portion of which were from Africa. What was the experience of African students, many from newly decolonized states with middle class and elite backgrounds, in the Second World? How did Soviet people regard them? What does their experience say about the Soviet encounter with the Third World during the Cold War and issues of race and racism in a self-declared antiracist society? This live interview with Constantin Katsakioris will delve into these issues are more.