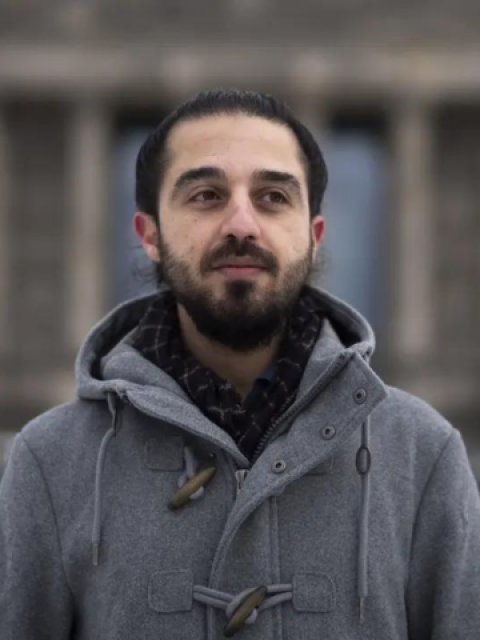 Please join us as we honor Tareq Alaows with the Johnson Institute’s Emerging Leader Award in recognition of his dedicated work to represent and advocate for underrepresented minorities and refugees in Germany.

Tareq Alaows is a legal professional and political leader. Born and raised in Syria, Alaows came to Germany in 2015 as a refugee and has since become a German citizen. Alaows dedicates his career to advocacy and representation for refugee and minority populations in German politics, becoming the first Syrian refugee to run for German Parliament in 2021. Before his departure from Syria in 2015, Alaows worked as a law student, activist, and humanitarian worker for the Red Crescent. In Germany, Alaows founded a refugee political group called Refugee Strike Bochum and an advocacy organization called Seebrucke, which seeks to establish safe havens for refugees and speak against the criminalization of refugee rescue. Alaows also performs legal counseling for refugees in Germany.

Each year, the Johnson Institute presents an Emerging Leader award to an individual still in the early part of their career, who is committed to the highest standards of professional leadership, compassion, ethics, and stewardship of our world and the people who share it. Past honorees have included President and CEO of Baltimore Corps Fagan Harris, Civil Rights Corps Founder and Executive Director Alec Karakatsanis, and Eco-Soap Bank Founder and Executive Director Samir Lakhani.

We will honor Mr. Alaows in a virtual award ceremony, followed by a brief talk by Alaows and Q&A with the audience. This event is free and open to the public. We will be joined by the University Center for International Studies as a cosponsor for this event.

We look forward to you joining us for the session! Registration required.