Looking for a Lady With Fangs and a Mustache
SCREENSHOT: Asia Special Film Screening 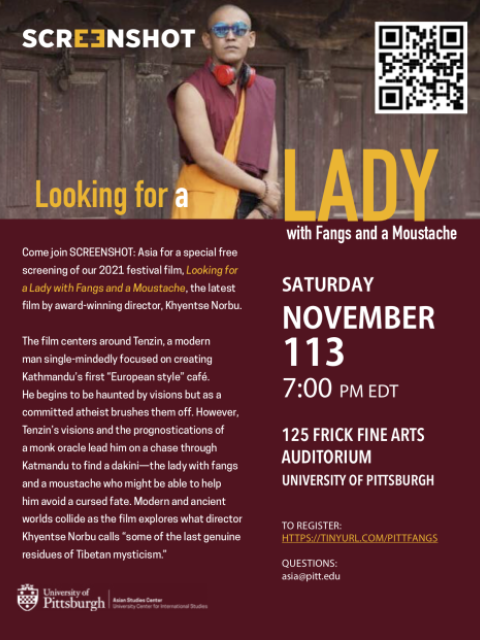 The film centers around Tenzin, a modern man single-mindedly focused on creating Kathmandu’s first “European style” café. He’s being haunted by visions but, being a committed atheist, brushing off his visions and his best friend’s superstitious. However, Tenzin’s visions and the prognostications of a monk oracle lead him on a chase through Katmandu to find a dakini--the lady with fangs and a mustache who maybe able to help avoid a cursed fate. Modern and ancient worlds collide as the film explores what director Khyentse Norbu calls “some of the last genuine residues of Tibetan mysticism.
To register, click here.