Exiled Home: Salvadoran Transnational Youth in the Aftermath of Violence 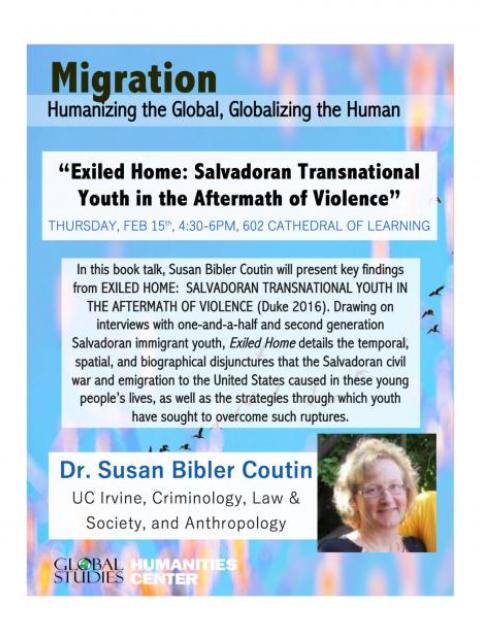 Drawing on interviews with one-and-a-half and second generation Salvadoran immigrant youth, Exiled Home details the temporal, spatial, and biographical disjunctures that the Salvadoran civil war and emigration to the United States caused in these young people’s lives, as well as the strategies through which youth have sought to overcome such ruptures. Denied full membership in the United States for at least some portion of their lives, many youth also encountered silences or an “un-knowing” of conditions in El Salvador, the nature of the civil war, and their own histories. As they negotiated gaps between belonging and exclusion, pasts and futures, normality and abnormality, and El Salvador and the United States, these youth became part of U.S. neighborhoods, encountered racism and discrimination, developed and rejected particular social identities in school, qualified for or lost legal status in the U.S., learned particular versions of Spanish and English, and repositioned themselves within families and between countries. In so doing, some became activists, seeking passage of the Federal and California DREAM Act, founding transnational and transuniversity student organizations, and producing new literature that creates space and marks time for their generation. Through these and other strategies, youth re/membered, that is, they sought an accountability that would enable them to realize a more just future.

The Global Studies Center's support of the Faculty Development Seminar, "Humanizing the Global, Globalizing the Human," now in its third year, in partnership with Pitt's Year of the Humanities initiative, will continue, with three more events scheduled through the spring. The popular and provocative lecture series which began in the fall examines the global and humanistic themes of Migration.