Justice and the Global City 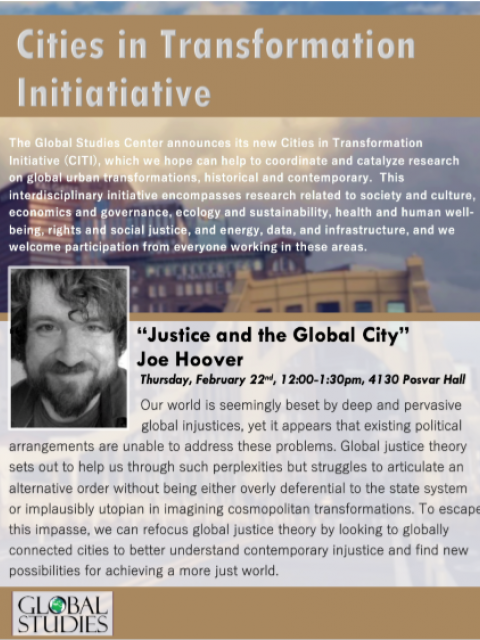 Dr. Hoover is a lecturer in Political Theory in the School of Politics and International Politics at Queen Mary University of London. He has worked previously at City University London, Royal Holloway and the London School of Economics and Political Science, where he also received his PhD. For the past several years he has focused on the use of human rights by diverse political movements in order to take the measure of both their limitations and their promise for a more radically democratic world. His latest research project rethinks questions of global justice by focusing on the injustices experienced in contemporary urban life to develop an argument in favor of more inclusive and democratic cities. Dr. Hoover's work on the human right to housing and the right to the city have led to collaborations with housing rights groups in the USA and the UK, including the FOCUS E15 campaign in East London. He is also the co-convener and chair of the BISA Ethics and World Politics Working Group.