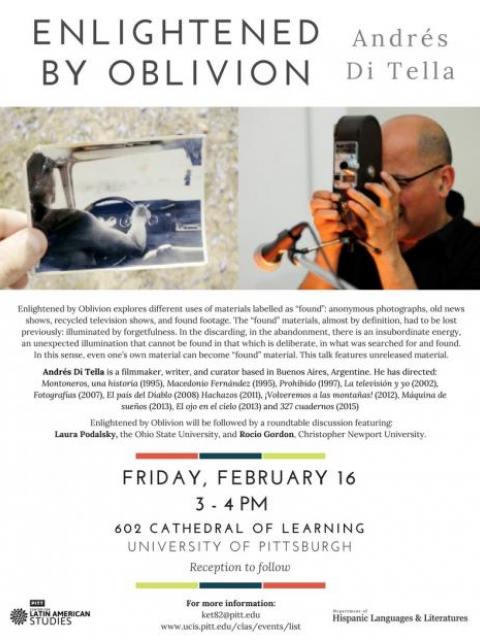 Enlightened by Oblivion explores different uses of materials labelled as “found”: anonymous photographs, old news shows, recycled television shows, and found footage. The “found” materials, almost by definition, had to be lost previously: illuminated by forgetfulness. In the discarding, in the abandonment, there is an insubordinate energy, an unexpected illumination that cannot be found in that which is deliberate, in what was searched for and found. In this sense, even one’s own material can become “found” material. This talk features unreleased material.

Enlightened by Oblivion will be followed by a roundtable discussion featuring: Laura Podalsky, the Ohio State University, and Rocio Gordon, Christopher Newport University.