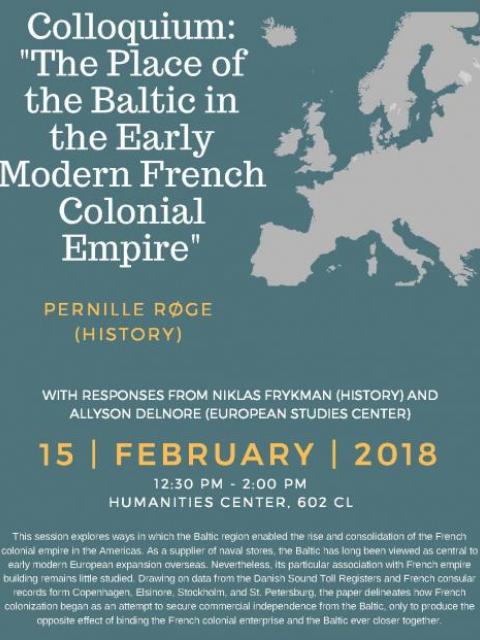 This session explores ways in which the Baltic region enabled the rise and consolidation of the French
colonial empire in the Americas. As a supplier of naval stores, the Baltic has long been viewed as central to
early modern European expansion overseas. Nevertheless, its particular association with French empire
building remains little studied. Drawing on data from the Danish Sound Toll Registers and French consular
records form Copenhagen, Elsinore, Stockholm, and St. Petersburg, the paper delineates how French
colonization began as an attempt to secure commercial independence from the Baltic, only to produce the
opposite effect of binding the French colonial enterprise and the Baltic ever closer together.

Comments will be offered by Niklas Frykman and Allyson Delnore.