An Education in Diaspora: African Students in the USSR and the Queer Contours of Socialist Friendship in Sissako's "October" and "Rostov-Luanda 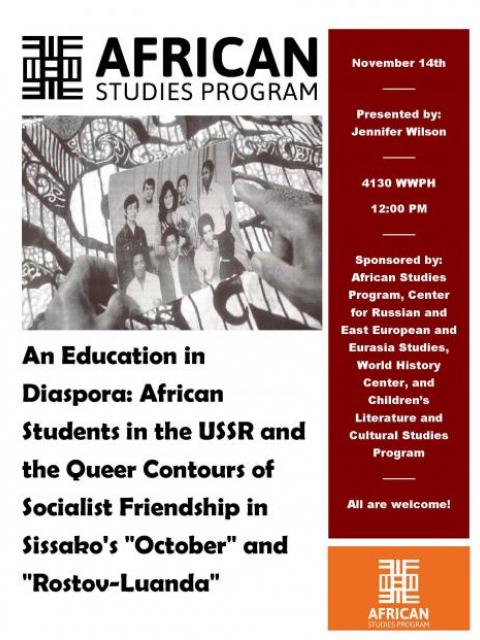 In “Oktyabr (October)” (1993) and “Rostov-Luanda” (1998), the Mauritanian film director Abderrahmane Sissako shines a light on the experiences of African students in the Soviet Union during the Cold War. Sissako, like many young Africans at the time, studied in the Soviet Union in the 1980s on a “Socialist Friendship” scholarship, making these two very different films, one a work of fiction, the other a pseudo-documentary, divergent experiments in documenting the displaced self. Working within the frameworks of diasporic intimacy and queer diaspora, this talk explores “Oktyabr” and “Rostov-Luanda” as meditations on the uniquely constructed intinerancy of black communities in the Soviet Union, a distinctly "queer" transience all the more intensified by the peripatetic nature of student life.