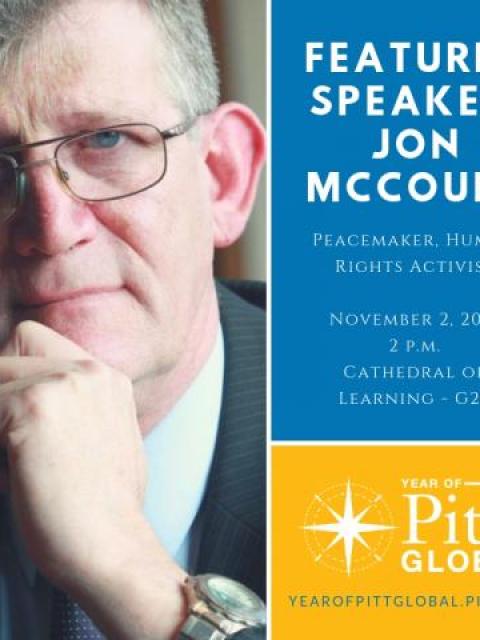 Jon McCourt has been a community peace activist and member of the Peace and Reconciliation Group in Derry, Northern Ireland, for more than 30 years. He played a major role in the development of the Community Awareness Training Programme and founded and established the first Victim Support Service in Northern Ireland in 1986. He has also worked with those involved in conflicts around the world, including Bosnia, the Middle East, Rwanda, and Colombia.

Join the Year of Pitt Global, the European Studies Center, and the Department of History for this Signature Event as we hear from Jon on his experience with conflict and peacemaking around the world.