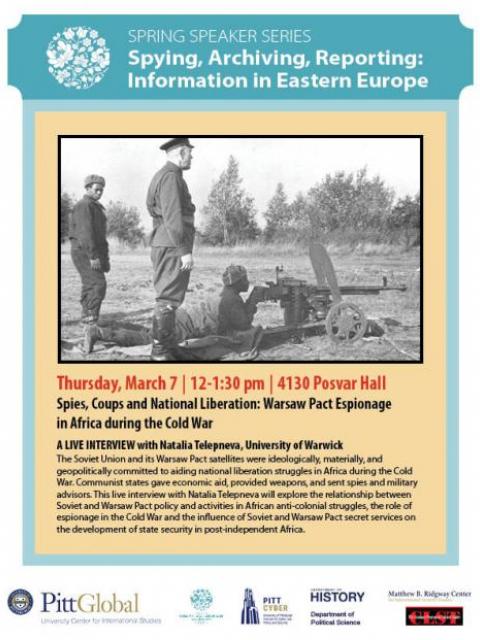 A live interview with Natalia Telepneva, University of Warwick

The Soviet Union and its Warsaw Pact satellites were ideologically, materially, and geopolitically committed to aiding national liberation struggles in Africa during the Cold War. Communist states gave economic aid, provided weapons, and sent spies and military advisors. This live interview with Natalia Telepneva will explore the relationship between Soviet and Warsaw Pact policy and activities in African anti-colonial struggles, the role of espionage in the Cold War and the influence of Soviet and Warsaw Pact secret services on the development of state security in post-independent Africa.