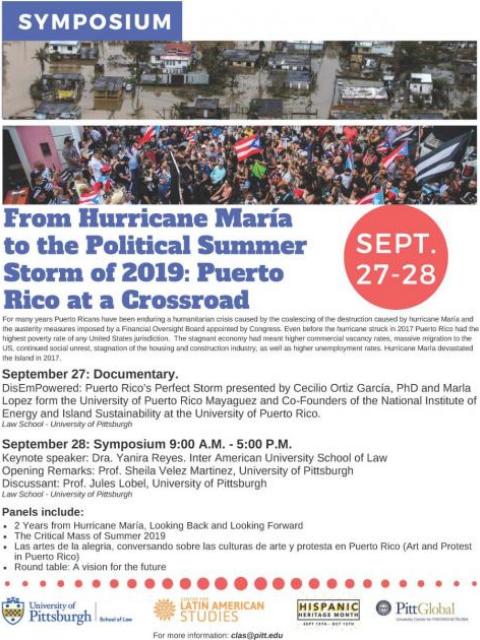 6:00 pm to 7:30 pm
Location:
University of Pittsburgh School of Law
Sponsored by:
Center for Latin American Studies and Director's Office along with School of Law and Hispanic Heritage Month

For many years Puerto Ricans have been enduring a humanitarian crisis caused by the coalescing of the destruction caused by hurricane María and the austerity measures imposed by a Financial Oversight Board appointed by Congress. Even before the hurricane struck in 2017 Puerto Rico had the highest poverty rate of any United States jurisdiction. The stagnant economy had meant higher commercial vacancy rates, massive migration to the US, continued social unrest, stagnation of the housing and construction industry, as well as higher unemployment rates. Hurricane María devastated the Island in 2017.