The Plight of the Uyghur Muslims in China: A Cultural Genocide 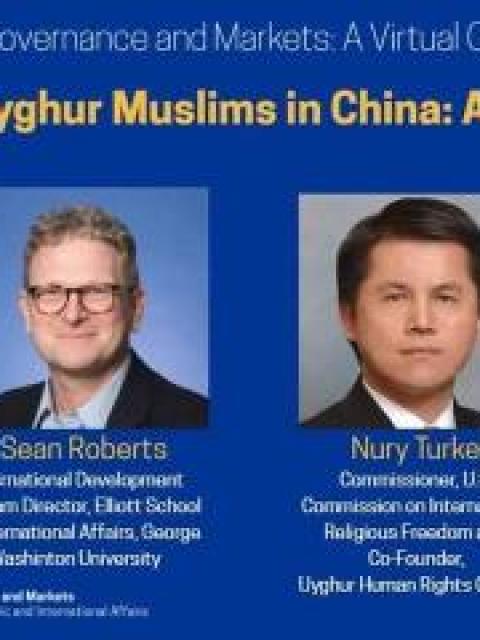 11:00 am to 12:30 pm
Location:
Online (Zoom)
Sponsored by:
Center for Russian East European and Eurasian Studies along with Center for Governance and Markets and Congregation Beth Shalom

Join us for an important CGM Virtual Conversation: The Plight of the Uyghurs Muslims in China: A Modern Cultural Genocide.

The distinguished panel includes Sean Roberts, Director of the International Development Program at the Elliot School of International Affairs and author of The War on the Uyghurs: China’s Internal Campaign against a Muslim Minority (Princeton University Press), Nury Turkel, Commissioner, U.S. Commission on International Religious Freedom and co-founder of the Uyghur Human Rights Council, and Mirhigul Tursun, a survivor of the camps in Xinjiang.

Moderated by Jennifer Brick Murtazashvili, co-hosted by the Islamic Center of Pittsburgh, Congregation Beth Shalom (Pittsburgh), and the Center for Russian, East European, and Eurasian Studies at the University of Pittsburgh.