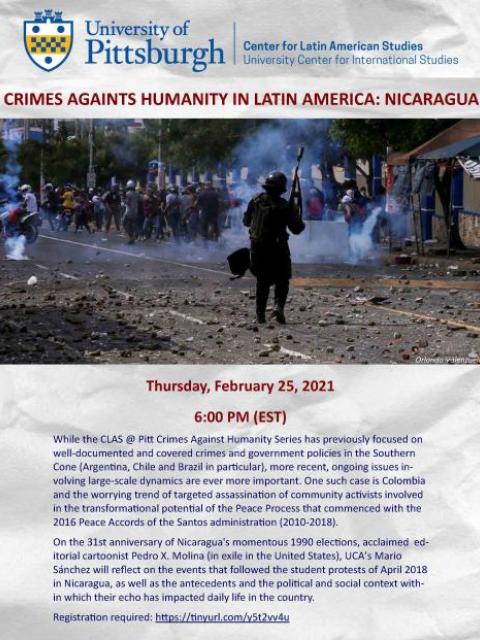 While the CLAS @ Pitt Crimes Against Humanity Series has previously focused on well-documented and covered crimes and government policies in the Southern Cone (Argentina, Chile and Brazil in particular), more recent, ongoing issues involving large-scale dynamics are ever more important. One such case is Colombia and the worrying trend of targeted assassination of community activists involved in the transformational potential of the Peace Process that commenced with the 2016 Peace Accords of the Santos administration (2010-2018).

On February 25th, acclaimed editorial cartoonist Pedro X. Molina (in exile in the United States) and UCA’s Mario Sánchez and Social Scientist will reflect on the events that followed the student protests of April 2018 in Nicaragua, as well as the antecedents and the political and social context within which their echo has impacted daily life in the country.