The Global Studies Center proposes (in cooperation with the Humanities Center) a new year of programming under the banner of the ongoing Humanizing the Global, Globalizing the Human initiative. This year’s theme is “Invisibility” and will feature four visitors. The purpose of this seminar is to bring colleagues from the humanities and the social sciences (as well as cognate professional schools) together for a series of lectures and workshops in which they will jointly explore questions that highlight the urgency of thinking globally about the humanities and humanistically about globalization.

Throughout the year, we bring internationally-renowned scholars to campus to speak to our theme from their own (inter)disciplinary perspectives. Each of our guests presents a public lecture on Thursday afternoon at 4:30 PM. In addition, each will lead a workshop with seminar participants on Friday morning from 9 - 11 AM.

Join us for these public lectures, which will be held in 4130 Posvar Hall at 4:30 PM 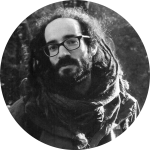 Andrea Mubi
Brighenti
University of Trento, Italy
Dr. Brighenti is the aggregate Professor of Social Theory and Space & Culture at the University of Trento, Italy. As a Social Theorist, Territoriologist, and Melanchologist, Dr. Brighenti's research topics focus on space and society. He has published: The Ambiguous Multiplicities: Materials, episteme and politics of some cluttered social formations (Palgrave Macmillan, 2014), Visibility in Social Theory and Social Research (Palgrave Macmillan, 2010) and Territori Migranti [Migrant Territories. Space and Control of Global Mobility] (ombre corte, 2009). Has edited Urban Interstices: The Aesthetics and Politics of Spatial In-betweens (Ashgate, 2013), Uma Cidade de Imagens (Mundos Sociais, 2012 – with Ricardo Campos and Luciano Spinelli), and The Wall and the City (professionaldreamers, 2009). One of his latest publications is: Urban Walls: Political and Cultural Meanings of Vertical Surfaces (Routledge, 2018, co-edited with Mattias Kärrholm). 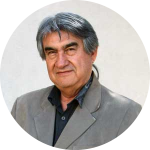 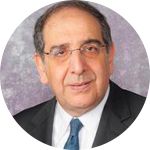 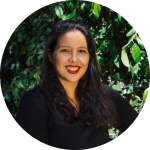 Victoria
Reyes
University of California, Riverside
Dr. Victoria Reyes is assistant Professor of Sociology and the University of California, Riverside. Victoria Reyes is an Assistant Professor of Sociology at the University of California, Riverside. She received her PhD from Princeton’s Department of Sociology in January 2015, and was a 2016-2017 Postdoctoral Fellow at the National Center for Institutional Diversity at the University of Michigan. She previously taught in Bryn Mawr College’s Growth and Structure of Cities Department. Her research focuses on boundaries; how they are created and remade as well as how they shape inequality in global settings, and she has examined these processes as they relate to leisure migration, cultural politics, sovereignty, and legally plural, foreign-controlled places she calls “global borderlands.”

Dr. Jose-Alain Sahel: "More Light, and the Gloom of that Light"

Brighenti, Face and the City

Brighenti, The Public and the Common