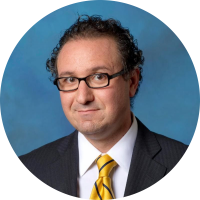 Each year, the GSC selects as its Faculty Fellow one outstanding University of Pittsburgh colleague whose scholarship advances the Center's mission. Jacques Bromberg is Assistant Professor in the Department of Classics and a specialist in ancient Greek literature and history. As the 2019-2020 GSC Faculty Fellow, Dr. Bromberg will convene a yearlong speaker series entitled "Classics and the Global" dedicated to highlighting the ways in which the study of antiquity can inform the study of globalization, and vice versa. Speakers in the series will present public lectures throughout the year, and selected lectures will be published in the inaugural issue of Global Antiquities, a new open-access e-journal. This publication unites the sources, approaches, and methodologies of Classical Studies, Ancient History, and Global Studies and aims to spark conversations and collaborations between professionals in these and related fields.

Wednesday, October 16, 4:30 PM
Professor Sailakshmi Ramgopal (Columbia University, Department of History)
Dr. Ramgopal will explore how Romans and non-Romans living along the western coast of the Black Sea adapted to the changing mechanics of imperial administration and Roman citizenship in the second and third centuries CE using epigraphic evidence for intermarriage and worship of the emperor from this region. The presentation's material comes from her in-progress book, Romans Abroad: Associations of Roman Citizens, which studies the logic of interaction between Romans and non-Romans in non-Roman communities around the empire.

Wednesday, December 4, 4:30 PM, CL 501 Cathedral of Learning, "Who’s Revitalizing Homer?: The Relevance and Risks of Classical Reception Today," presented by Dr. Donna Zuckerberg, Editor-in-Chief, EIDOLON
Recently, a surprising group has taken up the mantle of explaining why the study of the ancient Greeks and Romans remains vitally important: the alt-right. Alt-right thinkers present themselves as protectors of the Classics who are saving the cultural heritage of the West from "social justice warrior" professors who secretly want to destroy it. In this lecture, Donna Zuckerberg explores what antiquity means to far-right online communities and what others interested in Classics can do to respond.

Tuesday, February 4th, 2020, 4:00PM at CL 235, "The Art Historical Consequences of Archaeological Looting and Destruction of Cultural Property.”
Kate Burmon (Assistant Professor of Criminology, Mount Saint Mary College)
Archaeological looting occurs when unauthorized individuals or groups illicitly dig at cultural heritage sites in order to locate valuable antiquities for sale on the black market – or even the legitimate art market. While many authors from various disciplines have written on the extensive damage this does to our understanding of ancient cultures, the influence of archaeological looting runs much deeper. In addition to affecting the ability to study these objects in the future and destroying evidence present at their origin sites, archaeological looting also has the potential to alter the art historical canon, affects the role of museums, and calls attention to issues of ownership. Just as the creation of art alters the cultural understanding of the concept, so does its destruction. While much of the current conversation has revolved around the impact of the conflict in the Middle East, it is equally vital to keep in mind that this continues to be a problem in all source countries.

Wednesday, February 12th, 2020, 4:30PM at 4130 W. Posvar Hall, “Women's Migrations in the Ancient Greek Mediterranean.”
Dr. Rebecca Kennedy (Denison University, Classics)
This talk presents preliminary data from a new research project that attempts to track women's movements throughout the ancient Mediterranean between 600 BCE and 400 CE. The preliminary data presented is primarily from Greek language grave markers, but also includes some citizenship decrees in Greek cities and includes women identified by approximately 60 ethnics from all over the Mediterranean. Because tombs and grants of citizenship are typically marked by ethnics, it allows us to see women who identify as having come from another location than the one they were buried or became a new citizen in.

Thursday, at CL 501, 7:30 PM, February 27th and Performance on Friday 28th, at Hall of Valor (Soldiers and Sailors), 5 PM 2020, "The Future of Ancient Greece: Activating the Classics today for tomorrow"
Dr. Peter Meineck (New York University, Classics)
Lecture:In this illustrated talk, Professor Peter Meineck will explore how ancient Greek literature can be newly enacted and placed powerfully into service for society today. This talk will focus on Professor Meineck's work with the American veteran community and the with immigrants and refugees in using ancient works to highlight and contextualize important issues facing marginalized communities as well as learning much more about these works from people who have experienced the same kind of events they describe.

Performance, "Warrior Chorus: American Odyssey": A national humanities program that will present a public engagement series led by veterans and scholars based around one of the most important works of world literature, Homer’s Odyssey. The Warrior Chorus: American Odyssey will train veterans and scholars in three regional centers to lead audience forums, participatory workshops, public talks and reading groups in 24 locations throughout America, connected with a staging of Emily Wilson’s new translation of The Odyssey.

Wednesday, March 4th, 2020, 4:30PM at 4130 W. Posvar Hall, "Freedom and Exclusion: Citizenship and Immigration in Athenian Democracy”
Naomi Campa (Visiting Assistant Professor of Classics, Kenyon College)
Freedom was a core value of Classical Athenian democracy, but analyzing Athenian fear of immigrants reveals the potential duality of this principle. In this lecture, Dr. Campa will first demonstrate that ancient democracy uniquely defined freedom for its citizens as the ability to do “whatever one wished.” Citizens were thus remarkably empowered in Athens. The result of entwining citizenship with freedom and power, however, was the ideological exclusion of non-citizens from both. Turning to a historical court case prosecuting an immigrant for masquerading as a citizen, she will then explore how democratic ideology could be mobilized against foreigners.