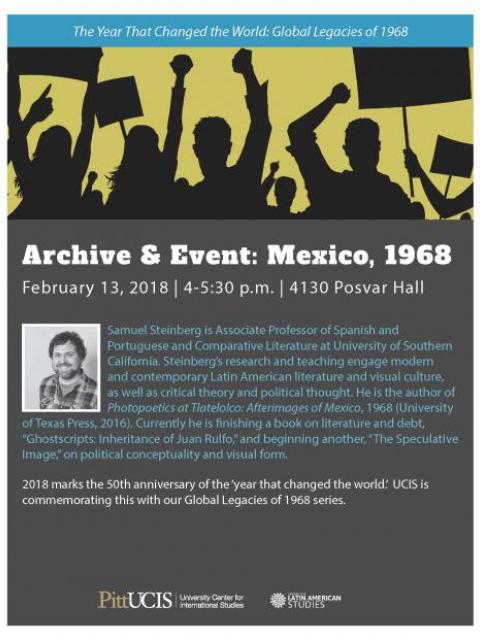 Samuel Steinberg is Associate Professor of Spanish and Portuguese and Comparative Literature at University of Southern California. Steinberg’s research and teaching engage modern and contemporary Latin American literature and visual culture, as well as critical theory and political thought. He is the author of Photopoetics at Tlatelolco: Afterimages of Mexico, 1968 (University of Texas Press, 2016). Currently he is finishing a book on literature and debt, “Ghostscripts: Inheritance of Juan Rulfo,” and beginning another, “The Speculative Image,” on political conceptuality and visual form.

2018 marks the 50th anniversary of the ‘year that changed the world.’ UCIS is commemorating this with our Global Legacies of 1968 series.
www.ucis.pitt.edu/clas/events