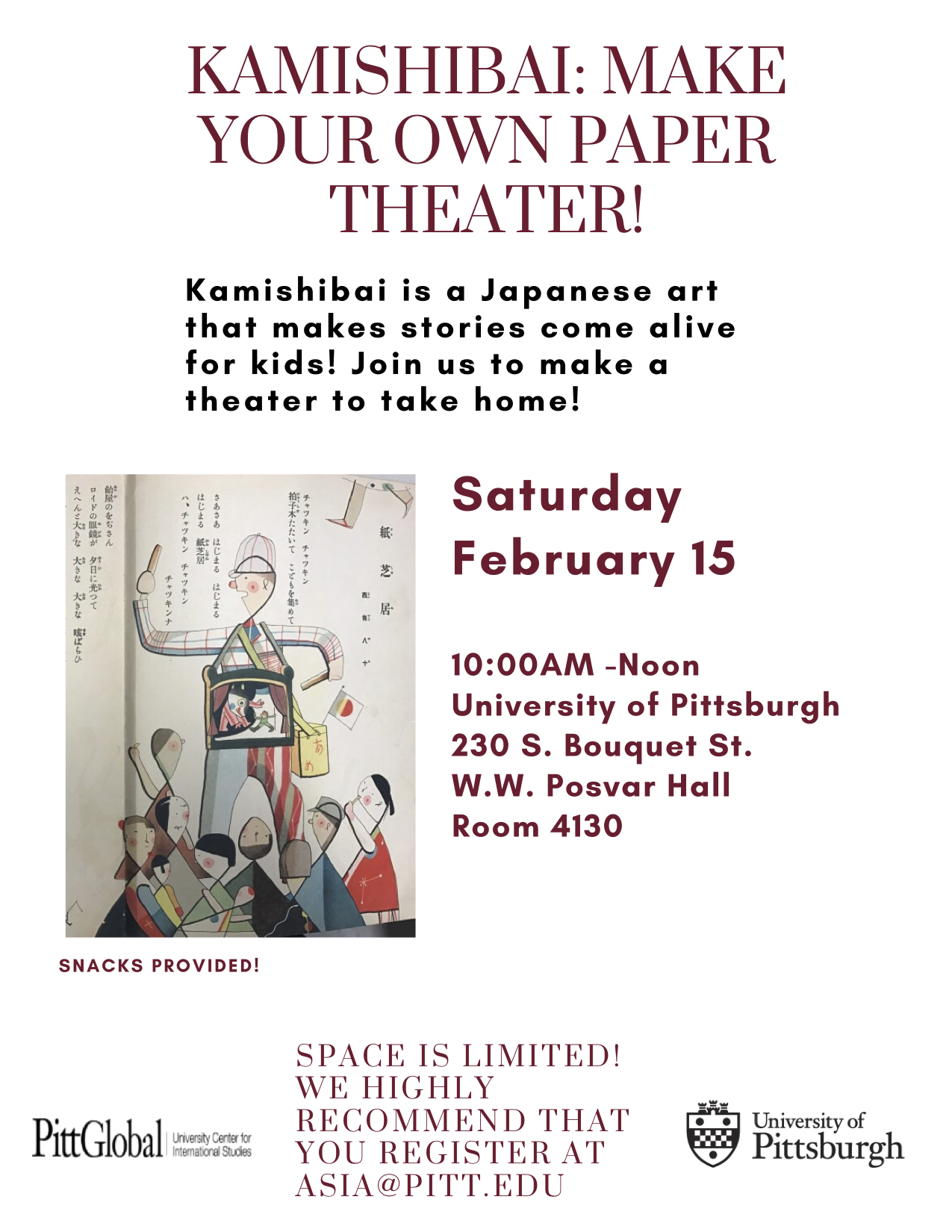 Kamishibai (Paper Theater) is a Japanese art that makes stories come alive for kids. It started in the late 1920s, but is part of a long tradition of picture storytelling. With the advent of television, kamishibai all but disappeared, however the influence of the art form can be seen in manga and later anime. Join us for a kamishibai performance followed by a workshop to create your own theater.