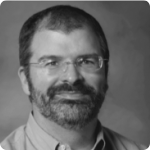 John Stoner currently serves as the Executive Director of Academic Affairs at the University Center for International Studies. He is also a Senior Lecturer in the Department of History, where he teaches on U.S. foreign relations, the history of the 1960s, the Cold War, and modern South Africa. His research focuses on the projection of American power into the world, particularly on the continent of Africa. He is currently completing a monograph on American labor’s foreign policy in Cold War Africa and researching another on American propaganda in Cold War Africa.