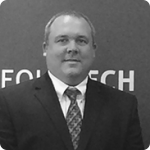 A proud alumnus of the University of Pittsburgh, Jason Kane is Director of Constituent Relations. He serves as the point of contact for alumni living outside the US and for international alumni clubs based around the globe. Jason is also responsible for coordination of international travel for the University’s senior staff. In recent years, his role has expanded to include developing relationships with companies, foundations and other universities to promote Pitt's global agenda.

Jason is a Pennsylvanian who grew up east of Pittsburgh in Johnstown, Pa. After graduating from Pitt in 2000 with a BA in History, he went on to earn a Master in History at Slippery Rock University and Master of Public Management at Carnegie Mellon University. Jason began his career in higher education with his first position as a member of the donor relations team at Duke University in North Carolina, then moving to The George Washington University in Washington, DC to serve as Associate Director of Endowment Stewardship. In 2009, Jason returned to his home roots when he accepted the position of Assistant Director of Development at the Tepper School of Business at Carnegie Mellon University. A unique opportunity to return to his Alma Mater opened up in February 2012 allowing Jason to become Pitt’s Director of Constituent Relations.

Jason and his wife, also a Pitt alum and staff member, live in the South Hills of Pittsburgh with their two sons... hoped-for Pitt alums Class of 2030 and 2035.