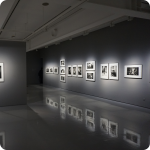 Exhibit: The “Relearn our Land” Initiative

The “Relearn our Land” Initiative is a student sustainability project that highlights the cultural and ethnic diversity aspect of sustainability by allowing students and staff on campus to interact with both nature and cultural history in a meaningful way. We hope to honor and respect the important but not well-known history of indigenous Native American groups in the area, in part by using native plants that they would have relied on as a way of conveying their history. This exhibit will spotlight the garden space to come in the spring of 2022 outside of Posvar that will contain medicinal, decorative, and native plants that will combine engagement and awareness with biodiversity efforts on campus. This two-day exhibit at the Global Hub will highlight research on Indigenous history in the Northeast region, showcase plants to be featured in the green space, and provide an opportunity for students to become engaged in the upcoming construction of the garden next year.
Students are encouraged to stop by from 11:30AM-1:30PM on Monday, November 29th for a community learning session where participants can learn more about our research on indigenous environmental history and how to get involved in the garden project coming in spring of 2022.
This event is supported by The Green Fund and is in partnership with the Office of Equity, Diversity, and Inclusion. 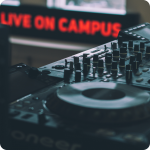 Join the Italian Club for Italian Trivia with a focus on Italian culture and a chance to win candy prizes! 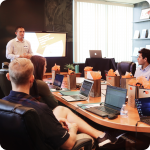 Rafał Wnuk is a professor at John Paul II Catholic University in Lublin/Poland (KUL).
In the last couple of weeks, Poland is constantly in the news for not keeping the European standards of the rule of law. However, this deformation of the country’s legal system is just one of the many issues Poles face today. The current government is also trying to implement its version of national history, silencing dissenting views and encroaching on the school and university curriculum. Professor Wnuk will discuss the role of history as a tool in building an increasingly authoritarian state.
The talk is followed by a discussion moderated by Jan Musekamp (DAAD Visiting Associate Professor, Dept of History). 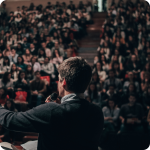 Join us for this virtual book launch and a discussion with the author.
MODERATOR:
Jae-Jae Spoon
Associate Professor, Political Science
University of Pittsburgh
DISCUSSANT:
Henry Hale
Professor, Political Science and International Affairs
George Washington University
AUTHOR:
Vasili Rukhadze
Visiting Lecturer, Political Science
University of Pittsburgh
“This book is one of the first to compare the color revolutions in Eurasia in systematic fashion and makes a convincing case that the size and cohesion of the coalition ultimately determine the fate of the revolution in Ukraine, Kyrgyzstan, and Georgia. The empirical contribution is strong, providing one of the new data to compare the color revolutions in systematic fashion. With the Belarussian protests currently underway and possible rumblings of discontent in Russia itself, the book makes a valuable contribution to our understanding of protest and politics in electoral autocracies.”
—Richard Arnold, Muskingum University
“Vasili Rukhadze’s important new book picks up where most other studies of revolution end, demonstrating that an uprising’s organization crucially impacts its leaders’ potential to hold power long enough to effect real change if victorious. With clear and engaging prose, it will be a rewarding read for anyone interested in revolution generally or post-Soviet politics specifically.”
—Henry Hale, George Washington University
“A rigorous comparison of three multifaceted cases, this book traces the impact of the ‘color revolutions’ long beyond the days when they were grabbing headlines. Rukhadze’s analysis of their different paths illuminates crucial causes of the (in)stability of regimes emerging from popular uprisings.”
—Andrew Barnes, Kent State University

The International Relations Club will discuss the basics of searching for and applying to internships in international affairs.

Join the Irish Club at Pitt on Thursday, December 2, from 6-8 pm as we celebrate Irish traditions at the Holidays through Irish language, culture, and dance. Come learn something new, speak some Irish, and witness a special performance by Rince na gCathrach Cruach, the Irish dance team at Pitt 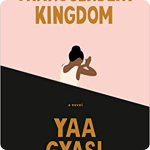 We are excited to continue our collaboration with the Pittsburgh Arts & Lectures "Ten Evenings" series. The Global Studies Center will be once again hosting "Four Evenings: Global Literary Encounters" pre-lecture discussions that put prominent world authors and their work in global perspective. The series is co-sponsored by the Osher Lifelong Learning Institute.
Open to all, these evening discussions, conducted by Pitt experts prior to author events with Pittsburgh Arts and Lectures, provide additional insight on prominent writers and engaging issues. You can register for the book discussions and learn more on our website - https://www.ucis.pitt.edu/global/transcendent-kingdom
Yaa Gyasi’s follow-up to her acclaimed, bestselling Homegoing is powerful, raw, and intimate. Transcendent Kingdom is a deeply moving portrait of a Ghanaian immigrant family ravaged by depression and addiction—a searing novel of faith, science, religion, and love.
Transcendent Kingdom introduces us to Gifty, a sixth-year PhD candidate in neuroscience at Stanford, studying reward-seeking behavior in mice and the neural circuits of depression and addiction. Her brother, Nana, was a gifted high school athlete who died of a heroin overdose after an ankle injury left him hooked on OxyContin. Her suicidal mother is living in her bed. Turning to the hard sciences to unlock the mystery of her family’s loss, Gifty finds herself hungering for her evangelical childhood faith, whose promise of salvation remains as tantalizing as it is elusive.
Yaa Gyasi was born in Ghana and raised in Huntsville, Alabama. Her debut novel, Homegoing, was awarded the National Book Critics Circle’s John Leonard Award for best first book, the PEN/Hemingway Award for a first book of fiction, the National Book Foundation’s “5 under 35” honors for 2016, and the American Book Award. She lives in Brooklyn.
Discussion led by Tomas Matza, PhD, Professor of Anthropology. University of Pittsburgh
For questions and more information, contact Maja Konitzer at majab@pitt.edu. 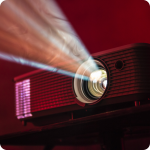 ChE Global Day 2021 is an initiative of the Swanson School's Department of Chemical and Petroleum Engineering. Global Day will showcase global projects developed by senior chemical engineering students in their capstone course in which teams of students were challenged to come up with a solution to address a specific concern of another country in the world, in collaboration with stakeholders from that region.
Stop by the Global Hub to view these project teams' posters and listen to a live final presentation of their projects.
This event is sponsored by the Pitt-ChE Graduate Student Association, the University Center for International Studies, Pitt Global Experiences Office, Pitt Global Hub, Swanson Engineering Global Experiences and Engagement, Mascaro Center for Sustainable Innovation, and PPG.

Professor of Afro-Hispanic Studies in the Faculty of Humanities and Education, at The University of the West Indies, Mona, Jamaica. Paulette Ramsay is a researcher, literary critic and writer of prose fiction and poetry. She has published two novels (Aunt Jen and Letters Home) and four collections of poetry (Under BasilLeaves, October Afternoon, Star Apple Blue and Avocado Green, and This Thing That is Not a Thing) 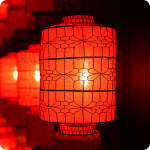 Students currently enrolled in SPAN 1250 Hispanic Civilizations are invited to participate in Spanish Trivia at the Global Hub.

Register in advance for this meeting: https://pitt.zoom.us/meeting/register/tJ0td--vrD0rE93f7vHeDLn7yzH4Eg5AZ6Qu
After registering, you will receive a confirmation email containing information about joining the meeting.
The book could be purchased here: https://www.amazon.com/One-More-Road-Directors-Family/dp/1800732546/ref=...
In his book, One More for the Road, Croatian filmmaker Rajko Grlic recounts his life and career through film terms, spanning from his post Nazi-era childhood in Yugoslavia to his college years during the 1968 invasion of Prague, the Yugoslav dissolution wars, and his subsequent exile in the United States. His stories paint a picture of the socialist film industries while also calling attention to its interactions with western filmmaking. 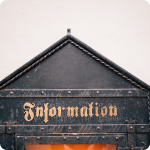 Internships are crucial to success in today’s competitive job market. The International Internship Program (IIP) is a guaranteed, customized, full-time professional internship opportunity abroad. Spend 8 weeks in either Berlin, Germany; Dublin, Ireland; Madrid, Spain; Paris, France; or Prague, Czech Republic. As an intern, you will gain critical transferable skills and build global competencies as you are immersed in the culture and experience life as a local. This info session will provide you with all the details of the program, and you will even hear from a past participant. Visit https://globalexperiences.pitt.edu/iip for more information.

Special Tavola to review for finals 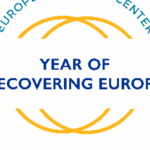 For the 2021-22 academic year, the European Studies Center has announced its annual programmatic theme: “Recovering Europe.” The December roundtable will discuss the COP26 summit and how it impacts the European Green Deal. Hosted in Glasgow, UN Climate Change Conference 2021 aims to build off of the Paris Climate Agreement. European Studies Center Director Jae-Jae Spoon will moderate this roundtable.
Audience participation encouraged.
#CoE

The Irish Club at Pitt meets every two weeks during the semester to share Irish culture and language. 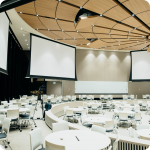 The High School Model European Union is an annual event for high school students, with this year's simulation taking place virtually via Microsoft Teams. The goal of the Model EU is to give high school students the opportunity to learn about the workings of the European Union through a hands-on simulation of a meeting of the European Council. Playing the role of presidents and prime ministers, students spend a day engaged in intense negotiations over current issues impacting the EU.
Registration Deadline: Wednesday, October 27, 2021
Cost: $10/student
More information and Registration: https://www.ucis.pitt.edu/esc/outreach/students/model-eu

The Nationality Rooms and Intercultural Exchange Programs 2021 Holiday Open House is in its 30th year! The Virtual Holiday Open House will take place from December 5th through December 12th. Travel through the 31 Nationality Rooms and listen to Pitt's Quo Vadis guides speak about special architectural features or interesting facts for each room. Take part in the Greek Christmas Trivia Weekend, practice making your own Romanian Sorcovas, see a performance from the Scottish Balmoral Pipes and Drums Band, and learn and discover so much more about holiday traditions, food, and stories from countries around the world! For more information about this year’s Virtual Holiday Open House, please visit: https://pi.tt/NRIEPHolidayOpenHouse.

Come brush up on your Korean skills in a casual, out of the classroom environment!