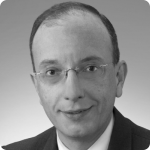 Professor Chaves-Gnecco has been a trailblazer at the University of Pittsburgh for twenty-two years, first as resident in pediatrics, later as a fellow in developmentalbehavioral pediatrics, and over the last 12 years as a faculty member to the creation and expansion of the first pediatric bilingual-bicultural clinic/medical home for the Hispanic population of Southwestern Pennsylvania (SWPA), Salud Para Niños (Health for the Children).

The University of Pittsburgh is pleased to award Professor Chaves-Gnecco one of two 2020 Sheth Distinguished Faculty Awards for International Achievement in recognition of his influential work.

Dr. Chaves-Gnecco graduated from Gimnasio Moderno in Bogota, Colombia. He obtained his title as a Medical Doctor from Pontificia Universidad Javeriana where he held a position as Instructor of Physiology and Pharmacology at the School of Medicine. From 1995 to 1998 he completed his residency in Pediatrics at Hospital Universitario San Ignacio, Clinicas Infantiles Cafam and Colsubsidio being Chief Resident during his last year. In 1998, Dr. Diego came to Pittsburgh as a Visiting Instructor at the University of Pittsburgh, School of Medicine Center for Clinical Pharmacology where he worked
until 2002. He obtained a master’s degree in public health from the University of Pittsburgh Graduate School of Public Health (GSPH), in 2000.

In 2002, he started his residency in pediatrics at Children's Hospital of Pittsburgh and joined its Community Oriented Residency Education (CORE) program, an area of concentration in the pediatric training program that aims to train leaders in community health and child advocacy. As part of his CORE training, in the summer of 2002 Dr. Diego created the First Pediatric Bilingual-Bicultural Clinic in Southwestern Pennsylvania. Since its creation, this clinic has expanded to the program Salud Para Niños (Health for the Children). At Salud Para Niños, culturally and linguistically competent primary care for children and families is complemented with activities oriented toward prevention and empowering the community about its own health. Some activities include: a weekly clinic in Oakland at the Children's Hospital of Pittsburgh Primary Care Center, a monthly free clinic at the Children's Hospital of Pittsburgh Care Mobile and at the Birmingham Clinic, participation in the organizations of the community fairs "Al Servicio de la Comunidad", a literacy program where children are given bilingual books to promote literacy and learning of English as a Second Language for both children and parents, translation of health prevention materials into Spanish, and Hispanic/Latino Car Seat Checks in which emphasis is made in car safety issues.