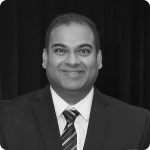 Although Dr. Tushar Singh graduated from the University of Pittsburgh’s Graduate School of Public Health in 2014, only four short years ago, he has already had significant international impact as an alumnus. During his doctoral studies Singh worked on healthy aging in India, and later with the CDC, he played a key role in the control of the Ebola epidemic in Sierra Leone. He now has major responsibility for global health training programs in Sierra Leone.

Dr. Tushar Singh is an Epidemic Intelligence Service (EIS) Officer at the Centers for Disease Control and Prevention (CDC), Atlanta. Before joining the CDC, he earned his Doctor of Philosophy (PhD) degree in Epidemiology at the University of Pittsburgh. He previously earned a European Master of Science in International Health degree from universities in Germany, Norway, and France. Prior to that, he completed his medical education and received a Doctor of Medicine degree with honors from Sechenov Moscow Medical Academy in Moscow, Russia. Singh worked as a physician in India before coming to the United States and the University of Pittsburgh to pursue a PhD. During his work as a PhD scholar, Tushar helped in designing, developing, and managing a cohort study, the Mobility and Independent Living in Elders Study (MILES), of rural older Indians. This study is a collaborative project between the University of Pittsburgh and SHARE-INDIA, a research organization in India. He trained the study staff in India in research and data collection protocols, and worked as the quality control and data manager for the study. Additionally, he collaborated on several other multicenter projects at the Center for Aging and Population Health at the University of Pittsburgh. At the CDC, Singh worked first as an EIS Officer in the Office on Smoking and Health (OSH). As part of his work, he was deployed to Sierra Leone in October-November 2014 with the CDC's Ebola Response Team. Singh helped in establishing a district-level Command Center for Ebola response and trained staff in case investigation and contact tracing during his deployment. He then moved to the Division of Global Health Protection, where he has served since 2016. He currently serves as the Resident Advisor for the Field Epidemiology Training Program in Sierra Leone.