A Struggle for Home: The Crimean Tatars 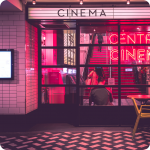 The film chronicles the rich and often tragic history of the Crimean Tatar people, the Muslim-Turkic indigenous population of the Crimean Peninsula, from ancient times to the aftermath of the 2014 Russian annexation of the peninsula. The film premiered at the Al Jazeera International Documentary Film Festival in November 2015. It has won several awards, including Best International Film at the DC Independent Film Festival in March 2016, Best Documentary at the Poppy Jasper International Film Festival in April 2016, and 1st place Short Foreign Documentary at the Indie Gathering International Film Festival in August 2016. The film was produced by Mediadante & Paschyn Productions and distributed by Beliane.
An Informal Conversation with Director and Filmmaker, Christina Paschyn:
Christina M. Paschyn is an award-winning documentary filmmaker, multimedia journalist, and aspiring novelist. She lives in Doha, Qatar, and is an assistant professor of journalism at Northwestern University in Qatar.
Please register to attend via Zoom: https://pitt.zoom.us/meeting/register/tJMkdu6hqDwpG9W3J-g4xV28B_rBAT7m8u3m