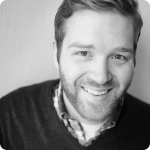 Brice Everett Lynn is an Assistant Director for Pitt Study Abroad at the University of Pittsburgh. In his role, he uses his experiences as both an advisor and program manager to develop tools and processes that allow his team to spend more time focusing on helping students find the right international experience. During his time at Pitt Study Abroad, he has redeveloped the Pitt Study Abroad brand and website, implemented and managed TerraDotta Software and SharePoint online, and is currently leading the development of a data dashboard for the team.

Brice is a two-time graduate of the University (BA from A&S in 2011, MA from Ed in 2016) and began his experience with the Study Abroad Office in 2009 when he spent a semester in Granada, Spain.  He served as an intern in the Study Abroad Office after coming home and decided that helping other students find meaningful overseas experiences would be his “next step.”  He never imagined that, 10 years later, he would have privilege of work at his alma mater and with the same team that helped him go abroad!

“When I studied abroad, the process was entirely on paper and I found it to be incredibly overwhelming.  Over the last several years, I’ve worked hard with the Pitt Study Abroad team and other units across campus to create a nearly paperless study abroad process that lowers the barriers to entry for students and frees up administrators time.  The most rewarding aspect of these endeavors has been seeing the amazingly creative and innovative projects that my team members can dream up with the time they’ve saved, taking Pitt to the world and bringing the world to Pitt.”