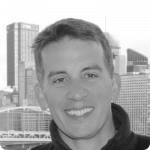 A University of Pittsburgh alumnus, Roman-Lacayo earned a CLAS certificate and PhD in anthropology as a Heinz Fellow in Latin American Archaeology at Pitt. He was awarded a Fulbright Research Fellowship upon graduating from Harvard University in 1996, and was later appointed director of the National Museum of Nicaragua. After leaving Pittsburgh in 2006, Roman-Lacayo served as country program manager and as the monitoring and evaluation manager for USAID Public Private Partnerships in Nicaragua and Guatemala, while also working at the Universidad Americana in Managua, where he founded and coordinated the master’s program in Latin American Studies.

As associate director of the Center for Latin American Studies, Roman-Lacayo manages the CLAS team, works with affiliated faculty and staff, and spearheads development to raise funds for CLAS programming and research.