Seeing Europe through film with the European Studies Center 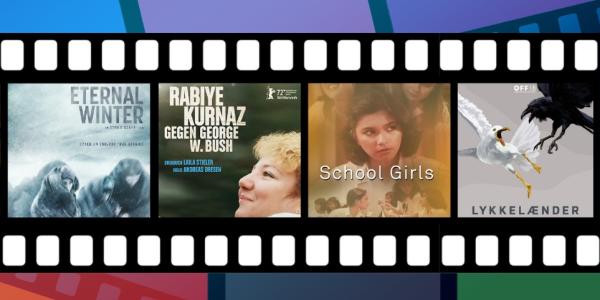 Thanks to the European Studies Center (ESC), Pittsburghers can spend a cold January week exploring Europe—without even leaving the city. ESC’s annual EU Film Festival, now in its second year with the support of the European Commission, offers attendees the opportunity to visit Poland, Hungary, Denmark, Croatia, France, Germany, Spain, Slovakia, and Italy through film. Tickets are available online now and Pitt students, faculty, and staff can use code EUPITT for a discount.

While the first year of festivities was still hybrid, ESC is making a fully in-person comeback with this latest installment. To provide a full theater experience, the center has partnered with the Pittsburgh Cultural Trust and the Harris Theater, where films will be screened over seven days. Features cover a variety of genres: comedy, war film, documentary, young adult, and more.

This year’s festival features 2022-23 MEETEU Emerging EU Filmmaker Vida Skerk and her 2022 film Night Ride. Pawel Lewicki, Associate Director of the European Studies Center, said, “Vida's film, which can be seen as a series of dreams, is about the coming of age of a young queer woman living in Croatia. From a personal perspective it broaches such issues as belonging, anxiety, friendship, love and hope. Rather than addressing homophobia, it gives insights into dilemmas and choices of a queer person living in Croatia.”

Director Lasse Lau’s documentary The Raven and the Seagull will be shown alongside Night Ride, with Lau joining audiences for both screenings. Other features include coming of age story Schoolgirls; war film Eternal Winter; family dramas I Never Cry, Let There Be Light, and Lola; thriller An Uncertain Border; and drama Rabiye Kurnaz vs. George W. Bush. More information on all festival films is available here.

Randall Halle, incoming Director of the European Studies Center, said, “This year's films seem strongly marked by family and love. In future years we are looking to have overarching themes for the selection committee around topics like climate, migration, colonial histories. But we will continue to provide a broad vision of the complexity and diversity of stories coming out of the European film scene.”
The EU Film Festival will not only bring award-winning European film to Pittsburgh, but will also travel to Ohio, Indiana, North Carolina, and Florida, where ESC works with partners to coordinate similar festivals and expand access to rich traditions of cinema around the world for years to come.