A LIVE INTERVIEW WITH Polly Jones, Oxford University AND Zuzanna Bogumil, Polish Academy of Sciences REEES Fall 2022 series, The Specter in the Present: Trauma and its Legacies in Eurasia, will explore the place of trauma in Eurasia society in four interviews that pair scholars to discuss social and clinical trauma, victimhood, historical memory, and the politics of history in the region. This event is part of a larger series

A LIVE INTERVIEW WITH Victoria Smolkina, Wesleyan University AND Georgiy Kasianov, Maria Curie-Skłodowska University REEES Fall 2022 series, The Specter in the Present: Trauma and its Legacies in Eurasia, will explore the place of trauma in Eurasia society in four interviews that pair scholars to discuss social and clinical trauma, victimhood, historical memory, and the politics of history in the region. This event is part of a larger series 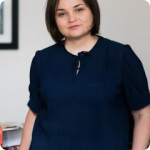 Through this discussion, we hope to shed light on the devastating effects of the war in Ukraine as the conflict erases the nations' sense of identity in the public realm- the cities, villages, streets, parks, and other spaces that help define the life of a place and its people. Presented by Dr. Sofia Dyak.

Join us to celebrate the East European region through culture, cuisine, and live performances here at Pitt. We will be hosting numerous food vendors, local acts, student/academic organizations, and local diaspora organizations. Take part in the region's traditions! Experience the festive music, delicious cuisines, and traditional dances of Eastern Europe and its surrounding regions.This event is co-hosted by the Nationality Rooms and Intercultural Exchange Programs and the Center for Russian, East European, and Eurasian Studies! Come and learn about amazing traditions! Enjoy the music and dancing from 12pm-4 pm on Sunday, October 16th in The Cathedral of Learning Commons Room at the University of Pittsburgh! 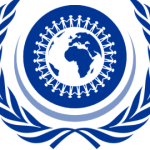 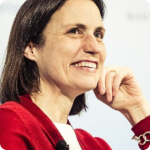 Lecture: The World Trump and Putin Want: A Conversation with Dr. Fiona Hill

Dr. Fiona Hill, Senior Fellow at the Brookings Institution and Former Senior Director for European and Russian Affairs on the National Security Council, will discuss her experience in the Trump administration, including her testimony during President Trump's first impeachment inquiry. Dr. Hill will also discuss Vladimir Putin's authoritarian vision for Russia, the subject of her new co-authored article in the centennial issue of Foreign Affairs. Finally, Dr. Hill will address her remarkable journey from a coal mining community in northeastern England to serving three American presidents and what she has learned along the way about the best way to safeguard American democracy, the subject of her recent memoir, There Is Nothing For You Here. Books available for purchase

A LIVE INTERVIEW WITH Togzhan Kassenova, SUNY-Albany AND Cynthia Werner, Texas A&M University REEES Fall 2022 series, The Specter in the Present: Trauma and its Legacies in Eurasia, will explore the place of trauma in Eurasia society in four interviews that pair scholars to discuss social and clinical trauma, victimhood, historical memory, and the politics of history in the region. This event is part of a larger series. 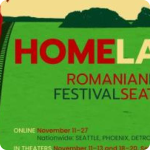 The University of Pittsburgh's Center for Russian, East European, and Eurasian Studies is proud to sponsor the 9th edition of the RFF titled Homelands. This year's festival reflects on current events, while celebrating the power of film to map out new meanings into a world where people have been displaced by wars, economic crises, political instability, and natural disasters. Internationally acclaimed movies featured in a carefully curated selection, covering all forms and genres, as well as film-related events with special guests, will redefine the sense of homeland and belonging, in relation to our families, neighbors, countries of origin, and, by extension, to our planet itself. Films will be screened online with free tickets provided to Pitt faculty and students. More information to be announced.

A LIVE INTERVIEW WITH Alex Dombrovski, University of Pittsburgh AND Carmen Andreescu, University of Pittsburgh REEES Fall 2022 series, The Specter in the Present: Trauma and its Legacies in Eurasia, will explore the place of trauma in Eurasia society in four interviews that pair scholars to discuss social and clinical trauma, victimhood, historical memory, and the politics of history in the region. This event is part of a larger series

Symposium: Environment as Imaginative Force: Nature and Culture in Southeast Europe and the Middle East

Environmental history and nature-writing have captured both scholarly and public interest as evidenced by the number as well as the quality of recent publications. The proliferation is doubtlessly the result of the urgency of the climate crisis and environmental destruction and social, political, and cultural anxieties stemming from them. Within the academy especially, research on environmental history is flourishing; scholars have been examining new themes and possibilities for studying environmental change and its complex entanglements with the human world. In the last several years, scholars have expanded the scope of environmental research, which now ranges from narratives centering on various environments and topographies such as rivers or permafrost to animal farming in the context of twentieth-century politics and the role of technology such as photography in making nature an important part of colonialist discourse. This symposium aims to gather scholars whose work touches on different aspects of the cultural and social history of the environment in Southeast and East Europe and the Middle East. Broadly conceived, the region forms a part of the former Ottoman domains and the historical treatment of the region has been overwhelmingly through the lens of political history and top-down approaches. In recent years, though, a number of historians embraced environmental approaches, producing in turn excellent studies on a range of topics, from climate history and its impact on societies to empire and resource management, particularly of water. Inspired by this scholarship, the symposium seeks to emphasize the environment as a powerful discursive force at the intersection of cultural, religious, and intellectual history. Therefore, its core concern is to explore and formulate new questions, themes, and approaches regarding the role of the environment in shaping different imaginaries as well as modes of belonging and identity, of history and cultural and political categories and hierarchies.

The revolutionary prospect of socialism inspired homosexual emancipation and the growth of toleration toward same-sex relations in the first quarter of the twentieth century in many countries, including the UK, US, Hungary, and USSR. However, the development of LGBTQ+ rights within socialism was never linear and even. The conference seeks to address those discrepancies and the reasoning behind them. It aims to discuss the LGBTQ+ experience and its political, social, and cultural implications under state socialism from a global perspective. What was the place of queerness under socialism? Was socialist ideology generally more responsive to queer people’s agenda and empathic towards them? How did legislation relate to same-sex activity change over time in socialist countries? How did the Cold War and geopolitical tensions between socialist and capitalist counties influence and inform sexual politics toward queer people and their perception? Why did some socialist countries, such as the Czech Republic, Hungary, and the GDR decriminalize homosexuality as early as the 1960s and the Polish People’s Republic never criminalize it? What strategies of networking and concealment did sexual and gender non-conformists adopt in the socialist countries where homosexuality was still illegal, such as Soviet Republics, China, and Cuba? What was the attitude towards gender and sexual dissidents among the left-leaning movements in capitalist countries? Why decriminalization of homosexuality and homosexual emancipation that followed it was subsequently cut off in some post-socialist countries such as Russia? The main goal of the symposium is to reflect on the broad spectrum of topics related to the conjunction of queer and socialist ideology from a global and comparative perspective. The symposium aims at the broader public, including students, scholars, and activists.

Come and practice your Hungarian and meet others interested in the language! All levels welcome.

This working group will meet in person every three weeks for the 2022-2023 academic year to discuss new scholarship about Eurasian borderlands. Faculty, graduate students, and advanced undergraduates are welcome to join. No prior expertise in Eurasia is necessary.