JMintheUS: The EU economy and the pandemic: short-term pain and long-term gain? 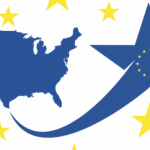 3:00 pm
Event Status
As Scheduled
The pandemic has hit Europe hard. Tough shutdowns and social distancing measures have caused an unprecedented drop in economic contraction, while the recovery has been slowed down by the surge in new variants. Despite a rocky start, however, vaccines are now being rolled-out and the EU is starting to see the light at the end of the tunnel. Large fiscal transfers and supportive monetary policy have cushioned the economic blow and the EU economy is expected to come out of this new crisis with a few scratches, but hopefully not the deep scars that characterised the European Debt Crisis. This is also thanks to innovative tools developed by the EU to support its weakest Member States. Despite these efforts, there is a material risk that not all Member States would recover at the same pace. Through its Next Generation package the EU is aiming at boosting green and digital investments to address risks of economic divergence and fragmentation. At the same time it is preparing the EU economy for the challenges of decarbonisation and digital transformation. Join us for a webinar with Mr. Moreno Bertoldi, Mr. Kristian Orsini and Mr. Ben Carliner to discuss how the pandemic is reshaping EU economic governance and preparing Europe for the key challenges of the 21st century. #JMintheUS
Virtual event
Location
Zoom
Event Type
Lecture Series / Brown Bag
Add to Google