The American Council on the Teaching of Foreign Languages workshop on Russian and other less commonly taught European languages. 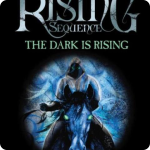 Reading Group: Global Issues Through Literature: The Dark is Rising by Susan Cooper

Global Issues Through Literature (GILS) Fall and Spring 2021-22: Imagining Other Worlds: Globalizing Science Fiction and Fantasy April 28th, 2022 - "Dark is Rising" by Susan Cooper. Co-sponsored by the European Studies Center Facilitated by Emilee Ruhland, who graduated this spring with her Master’s in Critical and Cultural Studies from the University of Pittsburgh, and she holds an MA in English from North Dakota State University. Emilee is a medievalist and has written about Beowulf, Joan of Arc, Notre Dame de Paris, and Gothic architecture in Pittsburgh. She works in higher ed communications, most recently as the Communications Coordinator for the European Studies Center. This reading group for K-12 educators explores literary texts from a global perspective. Content specialists present the work and its context, and participants brainstorm innovative pedagogical practices for incorporating the text and its themes into the curriculum. Sessions this year will take place virtually on Thursday evenings from 5-8 PM (EST). Books and three Act 48 credit hours are provided. Register for the reading groups here- https://www.ucis.pitt.edu/global/gils Contact Maja Konitzer with questions at majab@pitt.edu

Lecture: The End of Peace: How Russia’s Invasion in Ukraine is re-making Europe, Russia and the future of transatlantic relations with Ivan Krastev

The 2022 Otto and Fran Walter Foundation Memorial Lecture features Ivan Krastev, Permanent Fellow at the Institute for Human Sciences (IWM), Vienna, discussing what the Russian invasion of Ukraine means for the future of Europe, Russia and transatlantic relations. This is presented by the CUNY Graduate Center's EU's Studies Center. This is a part of the JMintheUS. #JMintheUS

How have the electric vehicle markets evolved in Europe and Asia in the past decade? How do these changes impact energy choices and consumption in the 21st century? Join us as we explore these questions and more in our BETH series on Energy. Speakers: Dr. John Helveston, George Washington University; Dr. Marianne Ryghaug, Norwegian University of Science and Technology, Dr. Maciej Mazur, AVERE--The European Association for Electromobility. Register at https://tinyurl.com/PittElectric

For their final event of the year, the International Relations Club will hold officer elections and play international relations-themed trivia. 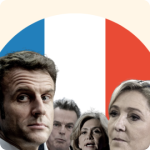 Lecture Series / Brown Bag: CoE: The French Election: What is at Stake?

On April 10th, France will hold a presidential election putting ideologies, personalities, and the future of France on the ballot. A run-off will be held on April 24th if no one secures a majority. The last Conversations on Europe for the 2021-22 academic year will focus on the ramifications of this election's outcome, how Russia's invasion of Ukraine will impact the election, and how this can shape the next decade not only of France but of Europe as a whole. Panelists: Jean Beaman, University of California Santa Barbara Arthur Goldhammer, Center for European Studies, Harvard University Philippe Marliere, University College London This event will be virtual.

Lecture: Willem Noe - A Career as a Dutch Economist at the European Commission--Working for Europe

In this brief presentation, Willem Noe, European Commission Official and former EU Fellow at GSPIA, will give a brief overview of working at the European Commission as an international organization, and his own career path as an economist at the Commission dealing with globalization, European Union Enlargement (entry of new Member States into the EU), and the economies of several Member States. He is currently stationed at the EC Representation in Ireland, where he closely follows the Irish economy and the impact of Brexit on Ireland, and acts as a liaison between government, civil society, and the EC Country Team Ireland in Brussels. View the poster: https://www.ucis.pitt.edu/creees/sites/default/files/images/documents/RE... Register Here: https://pitt.zoom.us/meeting/register/tJwsdu6urzkpHNWK_cVUxGX2Ow1F-JSLOv...

Lecture: Rereading Russian Energy Chains Under the Thunder of War

This keynote event is part of the European and Eurasian Undergraduate Research Symposium 2022. In this presentation Professor Balmaceda will revisit the burning question of how global, more specifically Europe's dependency on Russian fossil fuel chains has affected international responses to Ukraine's security. Her latest book, Russian Energy Chains: The Remaking of Technopolitics from Siberia to Ukraine to the European Union, sheds light on how Russia's fossil fuel exports have created what now seems like more of a threat than an opportunity for all parties involved. In her book, Professor Balmaceda follows the geopolitical journey of three fossil fuel molecules from production in Siberia to processing and transit in Ukraine, to final use in Germany, while giving us invaluable insight into the moving forces behind the politics and economics surrounding fossil fuels. View the Poster: https://www.ucis.pitt.edu/creees/sites/default/files/images/documents/RE... Register to attend: https://pitt.zoom.us/meeting/register/tJwsdu6urzkpHNWK_cVUxGX2Ow1F-JSLOv... 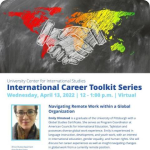 Emily Olmstead is a graduate of the University of Pittsburgh with a Global Studies Certificate. She serves as Program Coordinator at American Councils for International Education, Tajikistan and possesses diverse global work experience. Emily is experienced in language instruction, development, and youth work, with an interest in international education, gender equality, and human rights. She will discuss her career experiences as well as insight navigating changes in global work from a currently remote position. To Register:https://pitt.zoom.us/meeting/register/tJUpf-Crqj4jHNfcF98DJhdvp2ihDYLi5W5F

Dr. Joseph-Masséna will present excerpts from her book manuscript Voicing Vodou: Haitian Women Writers and the Goddess Ezili. Her project highlights a previously unidentified literary genre created by three Haitian women writers which she calls “The Eziliphonic text. ”The term “eziliphonic” is a neologism which combines the name of feminine vodou deity “Ezili'' with the adjective “phonic,” referring to “voice” or “speech sound.” The book centers Haitian Women writers as theorists by demonstrating how, within this collectively created literary genre, they effectively rehabilitate vodou culture through their textualization of the feminine deity Ezili, while also centering voice and sound, not vision, as a critical category of the vodou imaginary. There are many iterations of Ezili spirits or lwas in Haitian vodou, but the ones studied here are Ezili Freda, the flirtatious mulatta and lover of all things beautiful, and Ezili Danto, the passionate dark-skinned single mother and fierce defender of her children. Each chapter draws on an interdisciplinary framework, grounded in Black feminist theory, Voice Studies, literary criticism, and Vodou Studies in order to show how Haitian women novelists mobilize Ezili’s vocal, or phonic, specificities in their narratives. In preparation for the session, students will get acquainted with Jacques Stéphen Alexis’ Réalisme merveilleux or Frankétienne’s Spiralisme. Then, they will read passages from Omise'eke Natasha Tinsley’s Ezili's Mirrors (2018) and Christina Elizabeth Sharpe’s In the Wake: On Blackness and Being (2016). They will also listen to a selection of jazz music. Dr. Cae Joseph-Masséna is an Assistant Professor of Comparative, Cultural and Francophone studies in the department of Modern Literature & Languages at the University of Miami. Her recent work focuses on contemporary Haitian women writers. A trained Jazz Vocalist and Berklee College of Music alumnus, her research focuses more broadly on the entanglement of voice, music, ritual and sound in Black women’s literary texts. Her research areas include comparative approaches to African diasporic literatures of the francophone Atlantic with an emphasis on Sound/Voice Studies, Haitian Studies and feminist queer of color critique.

Lecture: The Governance of Antibiotics in Europe

Antimicrobial resistance (AMR) is a leading cause of death around the world, with the highest burdens in low-resource settings, and is expected to grow exponentially to cause around 10 million deaths annually in 2050. It is defined by high degrees of complexity given its international, multisectoral, ‘one health’ and ‘creeping’ features, which creates significant challenges for good governance. In addition, only 0,5% of all AMR related research comes from the social sciences, which indicates that we know relatively little about the behavioral and institutional aspects of antibiotics. It is also typically referred to as a low-salient political issue. This talk will introduce three dimensions of European governance of antibiotics; first, how experts, typically top senior bureaucrats, create an ‘administrative action space’ when politicians fail to raise the issue; second, the networking dynamics among domestic bureaucracies to create collaborative governance; and thirdly, the role and function of the EU Commission to act as a third-party enforcer in solving the large-scale collective action dilemma of AMR. Daniel Carelli is a PhD Candidate in political science at the University of Gothenburg. His dissertation investigates how administrative traditions and bureaucratic autonomy affect inter-bureaucratic collaboration around the issue of antimicrobial resistance in Europe.