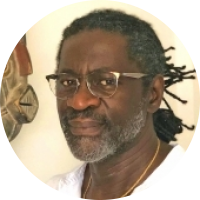 branche@pitt.edu
412-624-5468
Web Site:
Personal Page
Jerome
Branche
Jerome Branche is Professor of Latin American Literature and Cultural Studies in the Department of Hispanic Languages and Literatures, University of Pittsburgh. His teaching and his research focus on racialized modernity and the way creative writers across the Atlantic imagine and write about slavery, freedom, the nation, being, and gender. He has served on the Executive Board of the Association for the Study of the Worldwide African Diaspora (ASWAD), and as chair of the Ethnicity, Race, and Indigenous Peoples section of the Latin American Studies Association (LASA).
He is currently serving, as well, as the Secretary/Treasurer of the Instituto Internacional de Literatura Iberoamericana. At the Instituto he is editing a series of afro-related narratives and critical works, the Serie Malunga.  Branche’s books to date include Colonialism and Race in Luso-Hispanic Literature (Missouri 2006), and The Poetics and Politics of Diaspora: Transatlantic Musings (Routledge 2014).
Branche also edited, most recently Post/Colonialism and the Pursuit of Freedom in the Black Atlantic (Routledge 2018), and Black Writing, Culture and the State in Latin America, and other collections and journal articles. His current book projects study the necropolitics of slavery, and race in the imaginary of empire and its aftermath.