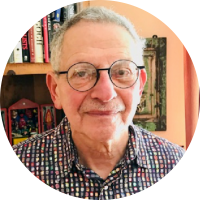 jm2@pitt.edu
412-648-7580
Web Site:
Personal Page
John
Markoff
"I study the history of democratization, considered as a multi-continental process across several centuries. As national states became stronger, elite powerholders were challenged by the actions of those resisting the plans and practices of those on high. The forms of challenge have taken many forms, from the peasant insurrections of past centuries to the social movements that emerged in the nineteenth and twentieth centuries and that continue, sometimes in new forms, in the twenty-first.
I've done a good deal of work on one very important episode, the French Revolution, and have also written on Latin American politics. More recently I have been exploring a broader geographic and temporal perspective. My current projects focus on three things: 1) the ways in which social movements and democratization have become profoundly intertwined; 2) transnational aspects of democratization including the implications of globalization for the future of democracy; 3) the ways in which the meanings of democracy have altered in social struggles."