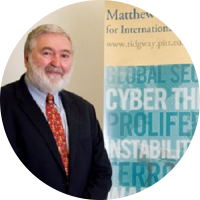 As the Posvar Chair for International Security Studies and Director of the Matthew B. Ridgway Center, Williams conducts several student working groups, including the Russian Contract Killer Database which has compiled extensive evidence on Russian contract killings since the 1990s. Aside from his extensive consulting work for organizations like the United Nations and the CIA, he has also given Congressional testimony on organized crime.