at the University of Pittsburgh.

Please contact clasfestival@pitt.edu with inquiries about the 41st annual festival.

The Latin American & Caribbean Festival will be held on Saturday, September 23, 2023. STAY TUNED!

The Festival is possible due to the involvement of the community and the support of our sponsors, if you would like to be a sponsor, please click “HERE”.

A Little Bit of History...

In the year 1979, one afternoon on an average work day at CLAS, Carmelo Mesa-Lago (Director), June Belkin (Assistant to the Director), and Shirley Kregar (Assistant Director) were discussing the forthcoming year's activities. They wondered, "What can we do to promote cultural awareness of Latin American cultures in Pittsburgh, involving the Latin American groups living in Pittsburgh and in neighboring areas?" Shirley said, "Let's have a Latin American Festival!" At that time, no one could foresee that the Festival would grow to its actual size and that ten years later it would be considered not only of the most important cultural events at the University level, but more importantly, city-wide! Shirley suggested the idea, but Alan Adelman was the one who organized and implemented the set up for the first festival; a lot of his original ideas are still in use today.

The Latin American and Caribbean Festival has had many years of success and every year it seems to improve in the number and quality of groups that participate and the scope of media coverage. This brings us the 40th edition of the festival, and as the Latino and Hispanic population in Pittsburgh continues to grow, it makes the Festival one of the largest gatherings of Latinos in Western Pennsylvania. 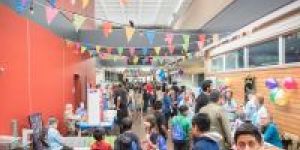 Everything you need to know about transportation, parking, accessibility, and more! 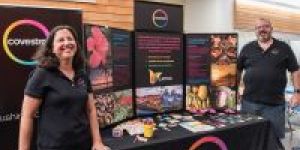 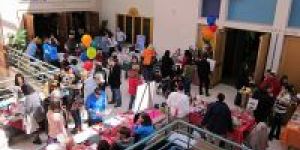