Dr. Lowenstein, Professor of English and Film and Media Studies, will work with colleagues to diversify and globalize the Horror Studies Archive recently created by Pitt's University Library System. The Global Horror Studies Archival and Research Network will be the first of its kind. Horror is a truly global vocabulary. Each nation has its own historically- and culturally- specific inflections regarding horror, but nearly every country in the world has an artistic horror tradition of some kind that is recognizable through the lens of the others, and all are shaped by transnational influences and global developments.

*Please check the Schedule Tab to join a Zoom Session* 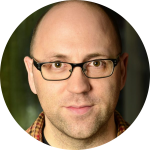 Daniel
Kraus
Daniel Kraus is a New York Times bestselling author. With Guillermo del Toro, he co-authored The Shape of Water, based on the same idea the two created for the Oscar-winning film. Also with del Toro, Kraus co-authored Trollhunters, which was adapted into the Emmy-winning Netflix series. 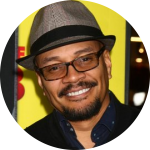 Rusty
Cundieff
Pittsburgh based and famous horror director of the epic "Tales from the Hood". 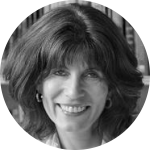 Kathe
Koja
An American writer is known for her intense speculative fiction for adults and her fiction for young adults.

Please click on the date for the applicable Zoom-Link and check this page continuously for Zoom-Links as the meeting date approaches!

August 24- Exhibit with archival materials from the George A. Romero Collection Opens, co-sponsored with Pitt's University Library System. On view in-person in the newly renovated Dept. of Archives and Special Collections Gallery at Hillman Library

October 9 | 2 PM and 4 PM- "Horror Genre as Social Force" Information Session for students, faculty, staff, and community members interested in learning more about the scholar community, co-sponsored with Pitt's University Honors College. Central to this information session will be the Night of the Living Dead, 1968.

October 13 | 7 PM - 8 PM - Reading with Daniel Kraus, co-author (with George A. Romero) of the new novel The Living Dead and co-writer (with Guillermo del Toro) of the novel, The Shape of Water, co-sponsored with Pitt's University Library System.

November 9 | 2 PM - “Final Girls Berlin Festival - Best of Fest”, a screening of new female-directed short horror films will be available for a week preceding the event. On Nov. 9, the curators and directors will join us for a Q&A, representing countries from all over the world. Sponsored by Pitt’s Horror Studies Working Group and the Global Studies Center.

February 3 | 7 PM - Malaysian and Singaporean Horror Series screening of Sumpah Pontianak
Third in the series of schlocky films from the 50s. The first Pontianak film appeared in 1957 Singaporean Malay horror film directed by Indian film director B.N. Rao starring Maria Menado and M. Amin. Based on the Malay folktales of a blood-sucking ghost born from a woman who dies in childbirth. The smash-hit premiered on 27 April 1957 and screened for almost three months at the local Cathay cinemas. Its success spawned two other sequels, Dendam Pontianak (Revenge of the Pontianak, 1957) and Sumpah Pontianak (Curse of the Pontianak, 1958). It is also said to have launched the Pontianak genre in Singapore and Malaysia, with rival Shaw producing its own Pontianak trilogy and several movies of the same genre were also made in Malaysia.

February 4 | 7 PM - George Romero and Pittsburgh: The Early Years Screening and Discussion
Join us for the premiere screening of the George Romero & Pittsburgh: The Early Years documentary and a special presentation of the George A. Romero Foundation Pioneer Award honoring the late Pitt alum and Night of the Living Dead star Duane Jones to be presented by Suz Romero. The film is the product of a group of dedicated Pitt students and mentors from the Making The Documentary course who creatively persevered during a pandemic using materials from the Romero archives and interviews.

February 6 | 8 PM - 9 PM - An Evening with Horror Director Gigi Saul Guerrero
Mexican-Canadian horror director and actress Gigi Saul Guerrero will showcase some of her horror film work and discuss filmmaking with members of the Pitt community. Guerrero is co-founder of Luchagore Productions in Vancouver, Canada, and directed her feature debut Culture Shock for Blumhouse Productions Television. She has gained recognition for her numerous short films, many of which look at Mexican culture and experiences through horror.

February 9 | 7 PM - 8 PM - It Came From the Archives! Unearthed Treasures from the George A. Romero Archival Collection
Join Horror Studies Collection Coordinator Ben Rubin and Visiting Researcher Adam Hart as they discuss their favorite and most significant discoveries from processing the George A. Romero Archival Collection. Rare and never before seen materials will shed new light on Romero’s classic films as well as reveal the films that could have been through unfinished and lost projects. Event hosted by the University Library System.

February 13 | Time: TBA - My Bloody Valentine 40th Anniversary Celebration
GARF Network talks with cast and crew of the classic slasher film to celebrate the 40th anniversary of its release.

March 2  | Time: 1 PM -  Twisted Sisters: Women Creators of TV Horror
Dr. Stacey Abbott (University of Roehampton) will give a talk on the history of women in horror TV production, with Dr. Adam Hart (Visiting Researcher at the University of Pittsburgh Library System) responding.

March 3 | Time:  7 PM - Malaysian Horror Series (Film 2): PONTIANAK HARUN DUNAL MALAM
Join us for a virtual series of films based on the Malay folktales of a blood-sucking ghost born from a woman who dies in childbirth. The smash hit premiered in April 1957 and screened for nearly three months at the local Cathay cinemas. Its success spawned two other sequels in 2004 and 2019. It is also said to have launched the Pontianak genre in Singapore and Malaysia, with rival Shaw producing its own Pontianak trilogy.

March 13 | Time: 7 PM - The Howling 40th Anniversary Celebration
Join the George A. Romero Foundation on March 13 for a howling good time in celebration of The Howling’s 40th anniversary. GARF Network hosts Matt Blazi and Eric Kent welcome director Joe Dante and cast member Dee Wallace (Karen White) about what went into the making of the movie and the film’s impact on horror.

March 18 | Time: 4 PM - Summoning Candyman: A Panel Discussion of the Cinematic Urban Legend
Since its release in 1992, Candyman (directed by Bernard Rose) has become a pillar of Black horror through its representation of how the trauma of racism is carried down from one generation to the next. 2021 will see the release of a reimagined Candyman, or—as it has been described, a “spiritual sequel”—to the 1992 film, which itself spawned two sequels in the 1990s. Our panel of experts include Professor Robin R. Means Coleman, Dani Bethea, Professor Dawn Keetley, and Jon Towlson!

April 13 | Time: 7 PM - Everybody Has A Secret Face: Queer Horror & Poetry
Part of an ongoing Spring 2021 discussion on queer horror film. Horror cuts right to the heart of our hidden fears and desires. For decades, queer horror fans have found dark reflections of our lives and experiences in scary movies. In this workshop, we mine horror film imagery to find poetic inspiration, exploring the scenes that haunt us to write about what's terrifying, intriguing, or maybe even attractive in this genre. No previous writing experience is required: beginners welcome!