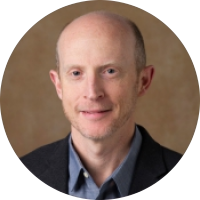 jpw64@pitt.edu
412-624-6223
Web Site:
Personal Page
John
Walsh
Professor Walsh’s research and teaching take shape at the intersection of Caribbean Studies, especially the literature and history of Haiti, Francophone Postcolonial Studies more broadly, and the Environmental Humanities. He works on contemporary literature, as well as the texts and media of earlier periods of the French Atlantic and Caribbean. He also focuses on theories of transnationalism and globalization.
His first book, Free and French in the Caribbean: Toussaint Louverture, Aimé Césaire and Narratives of Loyal Opposition (Indiana UP, 2013), is a work of literary and historical analysis of the texts of Toussaint Louverture and Aimé Césaire and the two events that defined them, the Haitian Revolution (1791-1804) and the transformation of Martinique from French colony to overseas department (1946). Free and French in the Caribbean makes two central claims: the revolution and departmentalization share a deep connection, despite a narrative that long opposed Haitian independence to the assimilation of Martinique into France; and the writings of both statesmen-authors reveal the colonial origins of French republicanism. The book proposes a narrative filiation between Toussaint and Césaire in order to problematize the apparent union of universal rights and sovereignty that supports the republican principle of “Free and French,” a phrase pronounced in the first French abolition of slavery in 1794 and reiterated in Toussaint’s 1801 Constitution.
His second book, Migration and Refuge: An Eco-Archive of Haitian Literature, 1982-2017 (Liverpool UP, 2019), argues that contemporary Haitian literature historicizes the political and environmental problems brought to the surface by the 2010 earthquake in Haiti by building on texts of earlier generations, especially at the end of the Duvalier era (1957-1986) and its aftermath. Informed by Haitian studies and models of postcolonial ecocriticism, the book conceives of literature as an “eco-archive,” or a body of texts that depicts ecological change over time and its impact on social and environmental justice. Focusing equally on established and less well-known authors, the book contends that the eco-archive challenges future-oriented, universalizing narratives of the Anthropocene and the global refugee crisis with portrayals of different forms and paths of migration and refuge within Haiti and around the Americas.
Professor Walsh has advised graduate dissertations and undergraduate honors theses in interdisciplinary projects on many forms of cultural production and on a range of topics, including, among others, migration, transnational identity, humanitarianism, and environmental justice. He enjoys collaborating with colleagues and students in the department and across the Humanities to organize lectures and conferences that bring distinguished scholars, writers, and artists to Pitt.