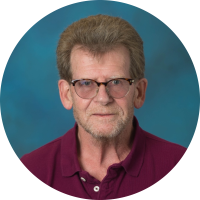 lorca@pitt.edu
Web Site:
Personal Page
Dieter
Waeltermann
As the owner of a translation agency specializing in scientific-technical translations, Dieter’s primary research interests are semantics and grammaticalization in various technical fields (the role of context sensitivity and context dependency in meaning), as well as terminology management and various software tools in supporting terminology management.
As a trained translator for major players in industry in German-speaking countries as well as Canada and the United States, Dieter lives and breathes several cultures and languages on a daily basis and shares his love for business, industry, and languages in teaching students about current events, culture, and language in the German-speaking business world.
As an avid environmentalist, he integrates materials on the role and meaning of the environment, environmental protection, regenerative and alternative energies as envisioned and practiced in Germany and the European Union in his Professional German courses at Pitt (Introduction to the German Business World, The German Business (Eco)System).