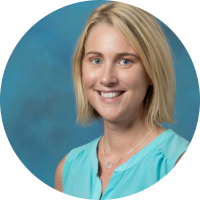 Hailing from Dublin’s fair city, Marie Young has been teaching at the University of Pittsburgh since 2006. She currently instructs six levels of Irish along with offering a Spring Irish culture class. She is also Director of Irish Language at the Ireland Institute of Pittsburgh where she co-developed an online Irish learning program. In 2009, Marie has received two awards from Glór Na Gael for her contribution to the language here in the USA. In 2016 she chaperoned the maiden voyage of a Spring Break Irish Immersion week to Ireland through the University of Pittsburgh.

Marie credits her grandfather with fostering her love of Gaeilge -“Ní as an ghaoth a tháinig sé”! (It is not from the wind it came). Outside of the classroom Marie is involved in the PGAA (Pittsburgh Gaelic Athletic Association) and involves herself very much in the Irish community here in Pittsburgh.