The goals for the activities carried out within each theme include:  1) promoting research and teaching on the Euroepan Union; 2) promoting a greater understanding of the EU and relations between the EU and the U.S.; and 3) creating research and learning opportunities for academics, students, policy-makers, professionals, and the public more generally.

This project funded through the generous support of the EU. Research, teaching, and publications resulting from this action reflect only the author(s)'s view. The Agency and the Commission are not responsible for any use that may be made of the information produced. 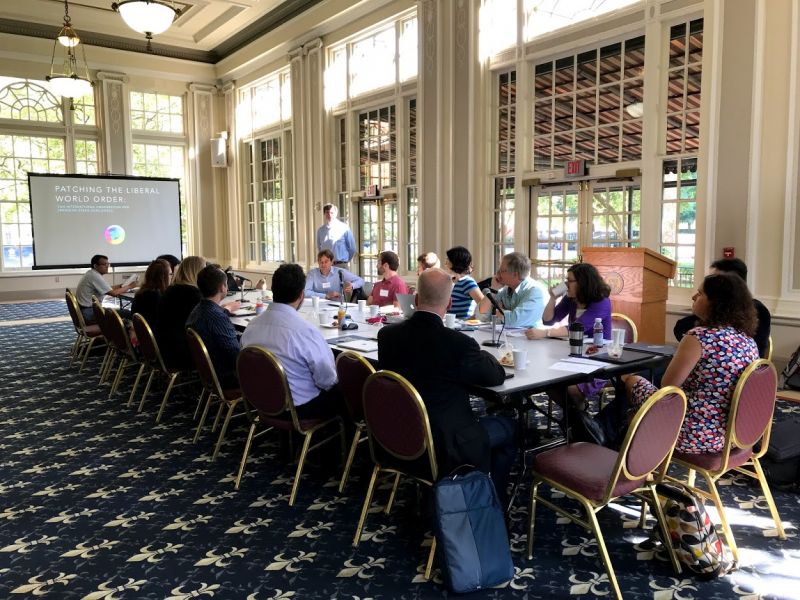 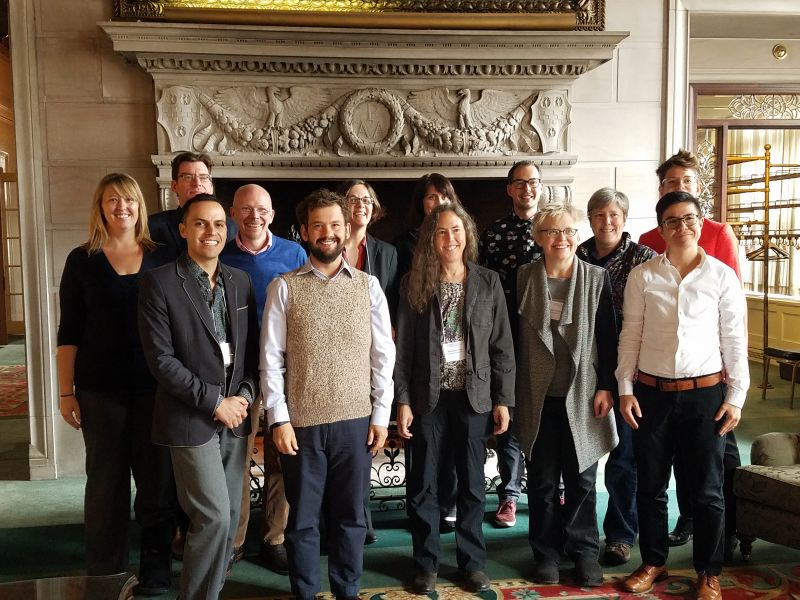 Thanks to the Jean Monnet Center of Excellence grant (EU TRAC), the ESC was able to leverage funding available from the University of Pittsburgh's Office of the Provost for its Year of... initiative to organize a full conference around the visits of Matthew Goodwin and Rahsaan Maxwell.  2016-17 was the Year of Diversity and the conference was organized by faculty member Jae-Jae Spoon (Political Science).  The full program for the conference, "A Diversity of (European) Identities: From Subnational to Supranational" is available here. In exploring diversity within the EU, participants furthered research into the EU TRAC themes of social equality/social justice..

Summer Research Scholars Program
The Summer Research Scholars Program is a collaboration with the University Library System (ULS) of the University of Pittsburgh. With the support of funding from the EU (EU TRAC), the ESC and ULS are able to offer two research grants per year to post-doctoral and senior scholars working on some topic related to the history of European integration. Selected scholars spend time during the summer in residence at the University of Pittsburgh working in the Barbara Sloan European Union Document Collection.  For more on the program, click here.

Research Grants for Pitt Faculty
Pitt faculty affiliated with the European Studies Center were eligible to apply for Jean Monnet EU Center of Excellence research and travel grants to complete field research on topics related to the European Union, the transatlantic relationship, or the history of European integration.

**David Thaw, School of Law and School of Information Sciences, "Ancient Worries and Modern Fears: Cybersecurity in the US and EU"
This project is part of a multi-year effort between Professor David Thaw and Professor Pierluigi Perri (University of Milan) to address trans-Atlantic data flow issues related to privacy regulation and cybersecurity generally. In particular, they plan to eplore the possibilities of expanding the most successful regulatory frameworks from the United States and the EU to nations around the world.

Carolyn Ban, Graduate School of Public and International Affairs, "Impact of Austerity on the European Commission"

Katja Wezel, Department of History, "History as Politics: Coming to Terms with the Past in the Baltics"

**Muge Finkel, Graduate School of Public and International Affairs, and Melanie Hughes, Department of Sociology, "Gender Equality in Public Administration: Learning from Global Leaders" (joint project)
The main purpose of this research project was to conduct a fact-finding research trip to Sweden, Norway, and Denmark, three countries which have consistently outranked others in various measures of gender equality in public life. Researchers conducted site visits to two gender research centers in each country to meet with researchers to develop a commprehensive understanding of their efforts on three levels: gendered data collection and analysis, tracking mechanisms, and policy input processes.  This project contributes to a longer-term partnership with the United Nations Development Programme (UNDP) that led to the co-founding of the GEPA (Gender Equality in Pubic Administration) Working Group in the Unviersity of Pittsburgh's Ford Institute for Human Security. In Fall 2017, Hughes and Finkel established the Gender Inequality Research Lab (GIRL) at Pitt.

**Gabriella Lukacs, Department of Anthropology, "Illiberalism's Culture: Rightwing Populism and Independent Theater in Hungary"
Rightwing populism, a political philosophy that opposes liberalism and globalization, is on the rise worldwide. This project investigates the links between the expansion of rightwing populism and the defunding of the arts in conteprorary Hungary. Focusing on independent theater, this project pursues two goals. On the one hand, it examines how Orban Viktor's rightwing populist government has consolidated its power by dismantling the institutional structures of what the government viewed as the culture of the former technocratic-intellectual elites. On the other hand, the project investigates how independent artists are revitalizing civil society activism as they are articulating their opposition to the government's illiberal cultural politics. Taking these two interests and sites of research together, this project sheds light on the correlations between defindung cultural institutions and the weakening of respect for diversity, equal opportunity, and social mobility.

**Indicates EU TRAC funding was used. Other projects listed were funded using institutional resources but were chosen for their ability to contribute to themes in EU TRAC.

Revamping the ESC's capstone course for the EU Certificate:
The ESC worked with faculty members in the Department of Political Science to reimagine how the capstone course for the EU Certificate, PS 1330, could better serve students in both EU Studies and the new certificate in Transatlantic Studies program (creating more scope for comparative projects).  The course was taught in the traditional manner in Spring 2016; changes took effect in Spring 2017.

Virtual Briefings - faciliated virutal transatlantic discussions on contemporary issues impacting the EU-US relationship
Building on the success of the Center's Conversations on Europe virtual roundtables, during EU TRAC, the ESC launched a new initiative aimed at disseminating information about important issues impacting transatlantic trade:  Virtual Briefings. Scheduled during lunch hours and tackeling topics of concern to professionals on both sides of the Atlantic, Virtual Briefings are also recorded and made available to the general public after the event has concluded.  A complete library of video resources to enhance transtlantic conversations is now available.

April 12, 2016:  EU-US Privacy Shield
“Safe Harbor” is gone, replaced by a new US-EU Privacy Shield agreement. What does this means for US businesses and protection of personal data?
July 14, 2016: Brexit Update

On June 23rd, voters in the UK went to the polls and voted by a slim margin to leave the EU. The political and economic repercussions were immediate. When will the dust settle? And what will Europe - and the UK - look like when it does?

May 2, 2017: The Transatlantic Relationship After the First 100 Days
The Jean Monnet European Union Centers of Excellence at the University of Pittsburgh and Florida International University joined together with the European Union Studies association to assemble a panel of experts to explore the state of transatlantic relations after the first one hundred days of the Trump Presidency.

April 24, 2018: EuroForum on City Networks and the Pittsburgh-Glasgow Forum

Faced with a number of "wicked" challenges on a global scale, Pittsburgh city officials have cultivated networks of cities around the world to exchange best practices and experiences in the pursuit of policy-making that works. One such partnership on healthcare and social equality is highlighted here. The discussion focused on how local businesses and professionals could get involved in the partnership.
For more, visit the Transatlantic Conversations Video Resource Library.

Pittsburgh Papers on the EU